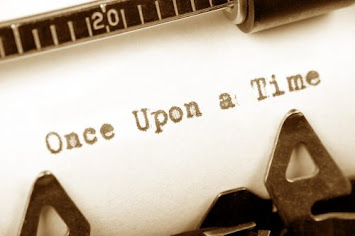 I went to Las Vegas with my wife because she had a conference to go to for work. I was not excited to go to the casinos and throw money away. I saw a quote years ago that said, "The lights of Las Vegas are lit by losers." I didn't want to be one of them to help pay for the lights so I went to a coffee shop and spent my Saturday writing. Little did I know I would be writing about lights.
Three or four hours had passed and I wasn't happy about what I wrote. So I took a break and thought about my lesson for my video students the next week. I was teaching them 3-Point Lighting. Also, I hd just finished ready Hebrews chapter 10.
When one sets up 3-point lighting, you start with darkness. There has to be a Key light. It turns on and provides the main light source. This key light also creates a shadow on the other side. Then the fill light is turned on and applied to the shadow to lessen it. The third light, called the backlight is turned on to add illumination to the back of the subject to separate it from the background. All three together, makes the subject look really good. 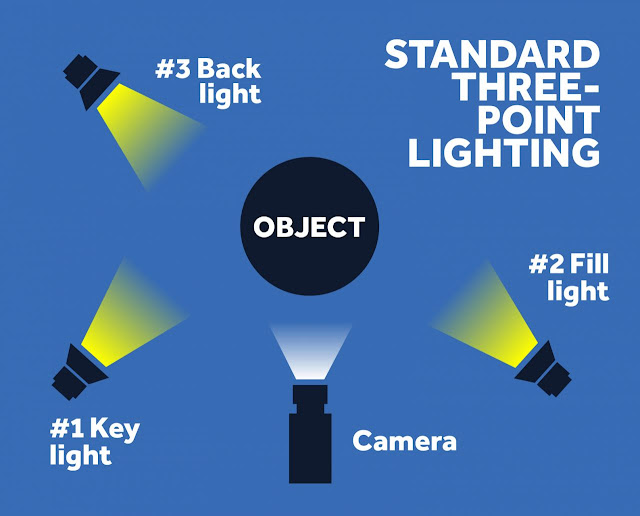 In the beginning, there was darkness. The darkness was pitch black. Then the Key light turned on and it illuminated an object. But there was only a partial view of this object as the other side was still covered in the shadow of darkness. The Key light said, “This is only a shadow of the things to come. It's not the complete reality.” He asked, “Who can go and light up the darkness on the other side?”

The Fill light said, “I will go.” So The Fill light went to the other side and turned on. The dark shadow that was present was displaced by the fill light. The subject was clearer now. Details of a vessel or container could be seen.
But there was something more to come. The Fill light asked the Key light for some help. “I will send another to help you." The Back Light will be the perfect help to reveal and separate the subject from the background.”

So up high in the back, a bright light came on and the glow of a halo appeared on the object. It separated the subject from the background and a rim of light brought the subject into complete illumination. What was now visible was a ceramic sculpture. It was visible but had a dark hole in its being.

Then something amazing happened. There was a sound. Broken glass pieces began moving. The Key and Back light turned up. They saw the broken fill light pieces crawling up to the sculpture. Suddenly, the Back light shined brightly. The Key light illuminated every broken piece of the Fill light. All the broken pieces began reassembling themselves into the void of the sculpture.

The lamp made of clay became alive. It started moving for the first time, and then it danced freely in celebration. The fill light was changed forever and lived in the lamp to give it light.
"In Him was life, and that life was the light of all mankind. The light shines in the darkness, and the darkness has not overcome it."
John 1:4, 5