Born Identity - Who We Are!

Born Identity - Who We Are! 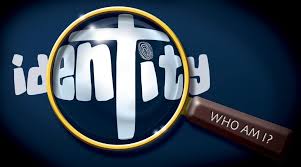 I learn a lot from watching movies. Ever since I was a teenager, I had certain movies that made a huge impact on my life and actually influenced my thinking.

Today, I want to share how two movies have impacted me and maybe they will you too.
You might just need to go watch them (again).

It’s an early weekday morning. I’m driving down the road on my way to work. As I enter the parking lot and pull into my normal parking space, a thought appeared in my mind, “You should watch “The Borne Identity” again.” Have you seen films that impacted you so much it changed the way you think?

The film starts off with Jason Bourne floating unconscious in the ocean. He is caught and rescued by some fishermen. He has amnesia and does not know who he is. In fact, he asks over and over, “stop messing around, if you know who I am, tell me.” He is frustrated even though he can read maps, tie knots, has incredible intelligence. Yet, he does not know who he is.

Have you encountered this? I have. I’ve memorized scripture, know the history of Biblical events could apply certain aspects of Christianity to my life and like many had amnesia about who I really am.

Our true identity is that we are sons and daughters of God. We are identified by God as saints, not sinners. What caused me to remember again who I am was a conference I went to called Mind of a Saint. As I began to process and read the scriptures about who God says we are, my amnesia left.

Jason Bourne had this warrior living inside him but didn’t know who it was. Scripture tells us that Jesus and the Holy Spirit live inside of us and yet we forget who we are in many aspects of our life. Who can we really become when we remember our “born” identity and the warrior that lives in us?

In another movie, Antman, Scott Lang is struggling to step into his true identity as a father and be present in his daughter’s life. He is struggling with his past broken life getting in the way of his new identity. He shows up uninvited to his daughter’s birthday party, and his former wife says, ”You’re her hero Scott. Just be the person she already thinks you are.” This phrase stuck with me.

I was laying in bed the next night pondering this phrase in my mind and applying it to my thinking, it transformed into this: “I just need to be the son that my Father thinks I am.” My eyes flew open and it hit me: My own children’s identity is shaped by who we think they are. At that time, my thinking about my own children was focused on their behavior, and I was reacting to my own negative thinking toward their bad behavior and they were actually becoming a product of my bad thinking about them.

I saw the importance of how we are to renew our thinking and focus on identity, not behavior.
Beloved, our Father loves us and speaks to us through our true identity in Jesus Christ.

Is there something in your mindset holding your true identity in a state of amnesia?